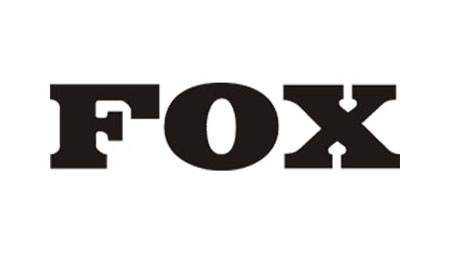 Colorado opened up a new frontier in January when voters approved the recreational use of marijuana.

Since then, it’s led to new jobs in the industry and tens of millions of dollars in tax revenue for the state and cities where it’s sold.

About 200 people came out to audition for a new web reality show in Denver Saturday.

The director of the project calls “The Marijuana Show” The Apprentice meets Shark Tank — if the sharks were dolphins.

They came to The Watering Bowl at 541 Leetsdale Drive to pitch their ideas for products and services that’ll change the pot industry and make them marijuana millionaires.

“I never want to say I am going to screw you, it’s just business,” says the show’s director/producer/panelist Wendy Robbins.

The cameras are ready to roll. And panelists are in place for a show that takes a kinder approach to a plant that’s often maligned and misunderstood.

“I am tired of marijuana being illegal,” says Robbins. She wants to help change its perception.

“Four-thousand years ago, the Chinese talked about how marijuana could fix 100 ailments. And in 1943, it was legal to buy in pharmacies,” she says. “It’s really an important and potent herb and medicine and it needs to be legal. That’s why we are doing this.”
Robbins is creating The Marijuana Show to educate and entertain about all things weed.

“It’s about entrepreneurs coming together to pitch in front of investors who are ready and willing to invest as little as $25,000 to $1-million plus. And we’re here to mentor them,” she says.

“I am here from the District of Cannabis to the Emerald City of Denver Colorado to pitch my fourth feature commercial project,” says Elizabeth Croyden who came in from Washington D.C. to solicit funding for her fourth movie about Mary Jane. The reality show would be the perfect platform to pot. “I have seen the gritty truth of how the medical lifestyle of marijuana is a miracle worker, especially with cancer patients. I saw it work for AIDS patients, “ she says.

“What I am wearing now is boutonniere,” says Denver resident Jasmine Maimone. She’s pitching a cannabis floral design service that incorporates buds into blossoms. “There is a lot of room for Mary in this industry. She blends in nice with other flowers and that is her natural state,” she says. Plus, Maimone says the arrangements come with an added bonus. “The best part of them is smoking them later,” she laughs.

The panel will choose six winners to go through boot camp in Taos, New Mexico–preparing them to sell investors on their pot proposals in Denver in October. It’s money that is hard to come by right now.

“The entrepreneurs need help because banks won’t fund them. There is only so much you can ask friends, family and mom for,” says Robbins. And the experience will be the opposite of some other reality show favorites. “We are not going to say, ‘Your fired.’ We’ll say, ‘You’re hired. Whoo hoo,” says a spirited Robbins.

The show will begin taping the six winners in mid-October and begin airing in November on www.themarijuanashow.com.