Season 2 of The Marijuana Show – All Episodes 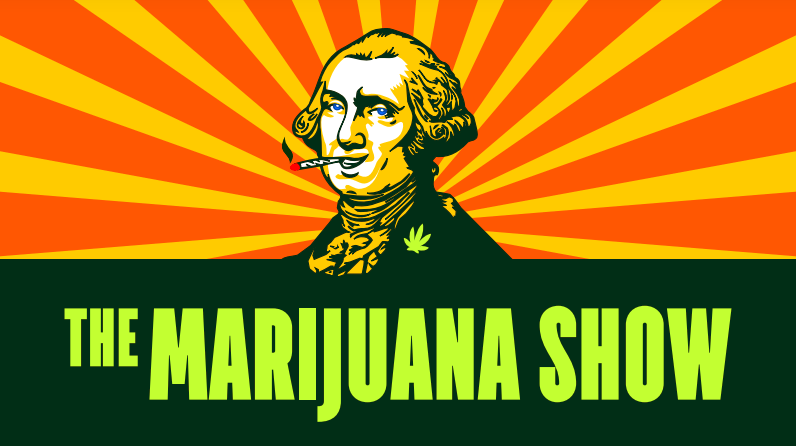 Would you drive a car made of Cannabis? Bruce Dietzen (Key West, FL) is the founder of Renew Sports Cars, where the mission is to make cars carbon neutral by 2025. Bruce and his car star in the upcoming docu-series “Cannabis Car” produced by Diana Oliver. Vicky Keeth (Los Angeles) represents a Major Motion Picture and Production Company and plans to launch a Hollywood Comedy targeted towards the Marijuana Industry. Dan Kemmis (Seattle, WA) has launched Vast Display Network, producing the multimedia and digital signage to support store and Cannabis-related businesses, and is looking for financing to launch a digital advertising network. Which of these ganjapreneurs will get the call back, and who will get cut?

S2, E2 How to Make Your Old Dog Young

Watch this 10-year-old make $5,000 in five minutes! Andi Martin (Phoenix, AZ) dedicates her time to manufacturing CBD products, and helping to educate people about the health benefits of CBD from hemp. Andi has fostered an entrepreneurial spirit in her son, 10-year-old Christopher Martin, with their co-creation of Paw Puddy Pet Treats. With Andi’s husband locked up, thanks to the Prison Industrial Complex, Andi has had to take the lead in this blossoming business. Will they be Lucky Dogs, or end up in the Dog House?.

Samantha Strom (Berkeley, CA) is the founder of a company called Nancy, a monthly subscription box of California-made CBD-rich products that address symptoms of pain and anxiety without the psychoactive effects. Luke Johnson (Alamosa, CO)established Cloud CO Farms to make CBD oil of the highest quality and potency widely available to those who need its healing powers. Luke utilizes organic cultivation practices and non-toxic concentration methods to make this possible. Who will see their hopes bloom?

S2, E4 - What does it take to become a Marijuana Millionaire?

Securing a license for a grow or a dispensary can be a very competitive and expensive process, but it can be a lucrative business, with some dispensaries pulling in over $50,000+ a day. Scott Williams (Oahu, HI) got into the industry five years ago when he helped start a dispensary in California, and ran a commercial cultivation operation. Sharon Sample (Baltimore, MD), a NASA retiree and avid quilter, was intrigued by the science and people behind Cannabis, and overcame the perception instilled by “Reefer Madness” to embrace the pot potential. Now she needs the resources to pay a consultant to write an application for a license in Baltimore. Will they cash in on their dreams, or will their hopes go up in smoke?

Imagine if you could save lives and become the next Marijuana Millionaire? Cannabis has naturally, safely and effectively relieved symptoms of epilepsy, Multiple Sclerosis, PTSD, cancer, kidney stones, dementia and COPD. Dustin Klein (Peoria, AZ) saw a need for facilities in Arizona that are professional, follow HIPAA, and take the whole application process and put it under one roof. He opened his first clinic with less than $10,000. In the first two years in business, Sun Valley MMJ has certified 10,000+ patients, netting almost $300,000 with gross sales nearing $2 million. Is this just what the doctor ordered?