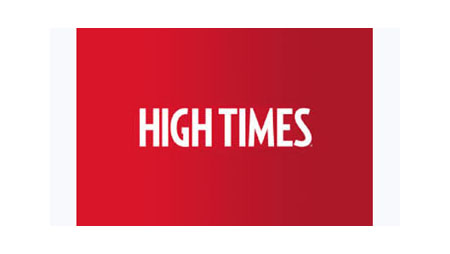 Bereft of easy cash from the sale of oil, to which the world remains hopelessly addicted, the black-clad international bogeymen at the Islamic State have resorted to selling drugs—including marijuana—in order to fund their version of the caliphate, according to a recent newspaper report.

ISIS is like any other kind of entity on earth, be it comprised of terrorist gangsters or celebrity chefs, in that it requires money to function. For many years, ISIS relied on petroleum to fund its fledgling empire (though extortion, kidnapping and straight-up, old-fashioned heavy taxation also brought in cash).

According to a 2015 report in the Financial Times, “oil [was] the black gold that funds Isis’ black flag,” to the tune of $50 million a month.

By last summer, that figure had diminished to a mere $15 million a month, according to the U.S.-led anti-ISIS coalition, which made ISIS oil fields and tankers a frequent target of airstrikes (then again, that same coalition claimed ISIS’s oil profits were closer to $300 million a month, an estimate other sources disputed).

In desperation, ISIS has also resorted to burning its own revenue stream, setting oil wells aflame in order to thwart American-led airstrikes (a tactic also employed by Saddam Hussein during the first Gulf War).

With oil money running out and Kurdish militia fighters at the gates of Raqqa—ISIS’s longtime capital from which top leaders may have recently fled due to increasing pressure, according to one recent report—ISIS has resorted to dealing drugs to make the nut.

According to a report in Asharq Al-Awsat, a London-based Arabic-language newspaper, an unnamed “top intelligence official” contends that drug dealing is now ISIS’s primary source of money.

The paper also quotes Hisham al-Hashimi, an Iraq-based expert on armed groups (of which ISIS is the most notable in the region), who confirmed that ISIS is “planting cannabis in different parts of Iraq.”

As per the paper, the drug trade is centered in the Anbar province in western Iraq, much of which is under ISIS control. There, ISIS religious leaders get around the Muslim prohibition on drugs by saying it’s OK to sell weed to non-believers.

The first is used by Qaeda starting from Afghanistan, through Pakistan and Iran, all the way to Iraq and Syria, in addition to Gulf countries. Whereas the second is used by ISIS, making sure it doesn’t interfere with that of Qaeda, and passes through Iraq, Syria, Turkey and then to Europe. He also said that there is a reverse route from Ramadi to al-Qaem under ISIS control.

While ISIS gleans significant material support from the drug trade, all day-to-day dealings are handled by someone else, a prominent dealer the paper does not identify by name, calling him only “the Pablo Escobar of Iraq.”

ISIS hash on the streets of Erdoğan’s Turkey and in Europe! What a story. Is it true?

The paper has a generally respectable reputation as a source of news, though it is owned by a member of the Saudi royal family and thus has an institutional bias against all things Iran—hence a line in the paper that it was the Iranians who “taught Shi’ite [Muslims] in the south” of Iraq how to grow weed.

The rest of the local cannabis-growing know-how, as per the paper, came from militants in Afghanistan—whose parents and grandparents may easily have been the cultivators who gave Kush seeds to the hippie travelers of the 1960s and 1970s—and who have openly grown marijuana throughout the nearly 16 years’ worth of American military involvement there.

The main question now is how much traction the story will get—and how it will be spun. The notion that there’s a connection between the international drug trade and the worst-of-the-worst terrorists is not new.

The argument gained new currency following the Sept. 11 attacks, when it became the focus of a batch of public-service announcements funded by the White House Office of National Drug Control Policy.

Bush-era drug warriors decided the best way to fight the drug war was to shame casual, nonviolent drug users, by informing them that their weekend weed habit helped al-Qaeda and doomed innocent American children to die a terrible death at the hands of fanatical militants.

Never mind that Osama bin Laden, al-Qaeda’s de-facto figurehead and primary bankroller, was himself the scion of a construction magnate—and that al-Qaeda itself began in the 1980s when the CIA trained Islamic jihadists in Afghanistan and gave them material support as a bulwark against the Soviets.

But back to the point. Is your weed grown by ISIS?

If you’re an American, absolutely not.

If not, and you bought it on the black market in England, it’s probably grown by slave labor trafficked from southeast Asia instead. It’s almost as if drug prohibition is a bad thing that helps bad people.

You can keep up with all of HIGH TIMES’ marijuana news right here.